Cosplayers that worse your attention

Maria S.
Cosplay — not only masquerade. Cosplay it is an art of transformation. It’s not enough just to buy a costume in shop. You need to become a hero in your mind. Let’s look at those who put the soul in this hobbie. 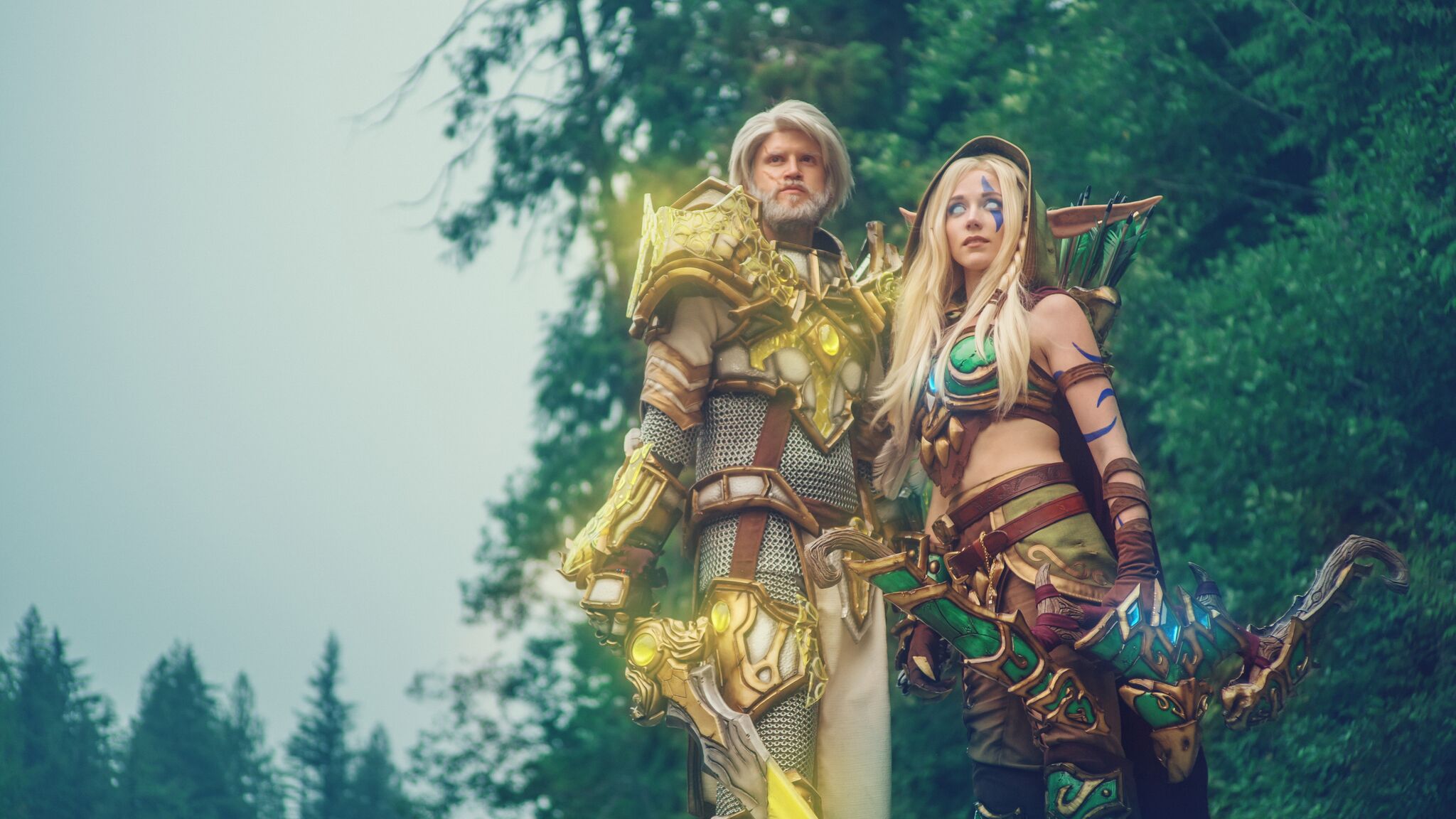 Cosplay — costume play. Literally, people who do «cosplay» wear costumes and accessories, that are represent a character from films, anime, video-games, books or manga.
The history of «cosplay» is starts in Japan in 1984. First costumes represented the idea of «futuristic costumes», and now, with modern technologies, such as 3d printing, cosplay is spreaded worldwide and become a kind of hobby.

Thanks to the Internet, cosplay now is an integral part of all geek events. Event organizers hold a contest for cosplayers, where all visitors vote for best performance. Of course the winner get the prize ;)
Moreover, cosplayers represent their costumes even out of such events.

Yep, they have an Instagram account where they communicate with the fandom members, stream and even place some tutorials about their costume creation process.
So, let’s enjoy the 4 greatest (according to our opinion) accounts of cosplayers. Their pictures really convey the spirit of the characters. Maybe you’ll find an inspiration for creation? Our Instagram bot will gladly help you to realize your ideas ;)

Have you seen how many likes cosplayers have? They can get an incredible number of likes in a day!
Do you want to know how to get 10 000 likes for every Instagram post?
Click here to know the answer!

Cosplay is only for sexy girls? Yare yare…
Let’s talk about the suave and devilishly handsome Leon Chiro. Not only is he known for his perfectly defined abs, but he has a warm and very positive personality. Leon is always encouraging cosplayers to pursue their dreams and be the person that they want to be. Also, Square Enix has hired him for Final Fantasy XV events to be their Gladio, so yeah. You’re looking at the real life Gladiolus Amicitia.

Leon is also well-known for his All Might cosplay from My Hero Academia. I would say that Leon has over 150,000 Instagram followers because of his personality and, of course, the way he brings characters to life. Leon definitely is Gladio. They’re one and the same.

I love Tayla’s work for so many reasons. You might know her on Instagram as kinpatsucosplay. Tayla has over 227,000 followers on the social media site, and she posts a wide variety of content there. She’s done a lot of awesome armor-based cosplays, and they’re all intricately detailed.

Kinpatsu Cosplay has also completed several casual cosplays. One of my personal favorites is her Gwen from Total Drama. She does a great job of creating simple outfits that look exactly like the character, while also using makeup really well to make herself stand out even more. I hope she gets more of a following because of her varied content. Her armor work is beyond awesome as well.

Kamui Cosplay is definitely one of my favorite cosplayers because of her incredible armor work. She’s currently working on Zinogre dual blades from Monster Hunter, and they’re beyond incredible, especially since they light up. Kamui Cosplay, or Svetlana Quindt, has over 260,000 followers on Instagram.

And because of her armor work, I can really see her gaining more popularity on the site. Compared to quite a few cosplayers, she primarily focuses on her armor work, instead of resorting to revealing photoshoots. Kamui Cosplay is very talented, and honestly, I’m really excited to see what she does in 2018. She puts so much work into each of her costumes, it’s both amazing and ridiculous.

Now I really, really hope that Joo Skellington gets more followers this year, because the numbers are highly deserved. Currently, he only has 210,000 Instagram followers, and I hope that number grows in 2019. Joo Skellington made his claim to fame after posting a video of himself as Ursula from Disney’s The Little Mermaid.

He is a self-taught SFX and makeup artist who’s brought so many fictional characters to life. In particular, he’s cosplayed as a lot of Disney villains. Joo is a great costumer who really gets in character once all the makeup is on. Honestly, it’s kind of terrifying, but at the same time, it’s cool in the sense of seeing Disney villains in real life.

If you still think that it is impossible to plunge into the atmosphere of your fantasy — just look at these guys and change your mind!
Fortunately for those who want to try themself in this sphere we can offer our Instagram automation tool, that will help to start the promotion of your account in right direction. If you are looking for special guidings and still don’t know what to do at first, you can ask our support team to make a free account analysis that will contain fundamental advices that are necessary for your straight start. Stay with us to know more interesting and useful information about our favorite social network — Instagram!

There are no comments yet. Be first.
Back to Blog
|
Main page
Table of contents
What cosplay is?Cosplay in nowadays Leon ChiroTayla Barter Svetlana Quindt Joo SkellingtonIt’s never too late
Link copied to clipboard
Tags:
Inspiration

Article
What is the Best Time to Post Reels on Instagram to Boost the Audience?
Instagram Reels are a powerful tool for drawing attention to your account, scaling up your business, and making your brand very special.

Article
Is reverse image search on Instagram the only way to find anybody? (Spoiler: no, there are 2 more ways)
Instagram has long been not only a place of beautiful photos and videos, bloggers and experts, but it is also a huge database. Here you can find or accidentally meet a lot of people — from old acquaintances and neighbors to school friends, relatives, and even someone sitting at a nearby table in a café. How do you find the right person among the billion Instagram users?

Trusted
We are already trusted by more than 15 000 clients. Check our social networks to see the feedback from them!
FINALLY INTERESTED? Start NOW